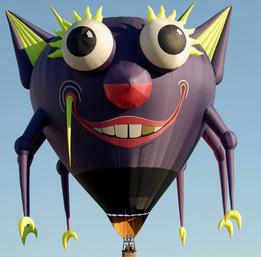 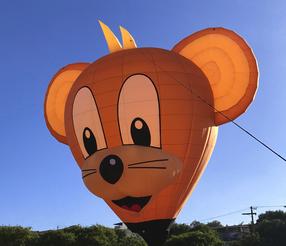 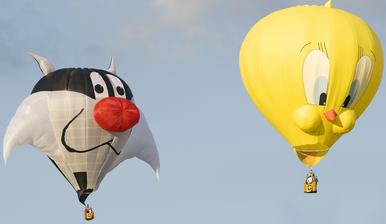 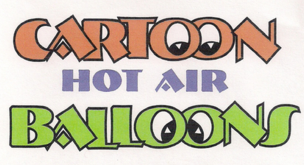 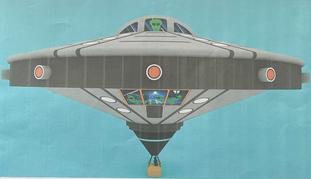 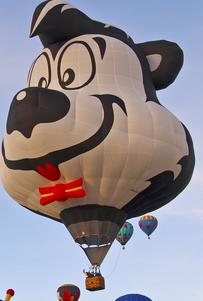 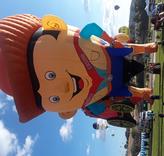 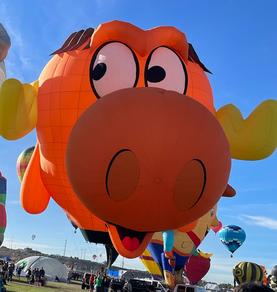 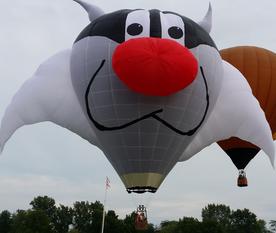 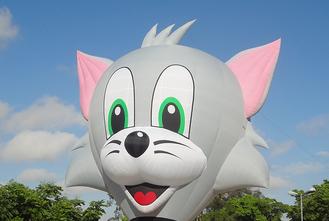 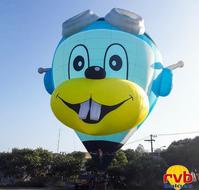 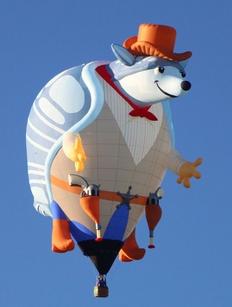 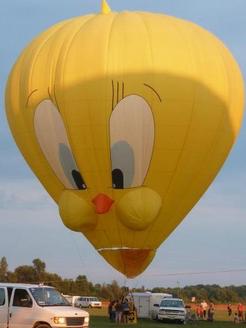 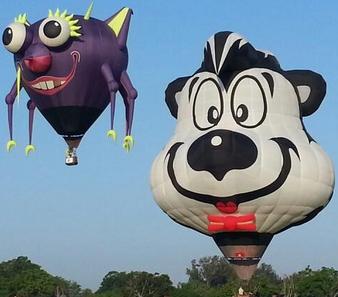 Cartoon Hot Air Balloons are four special shape Hot Air Balloons that look like yellow bird, Puddy Cat, Spunky, and The Flying Purple People Eater. It all started when, after driving racecars for 10 years, John Cavin was looking for an inexpensive way to get the same thrill. That's when, in 1979, he come upon Hot Air Balloon racing. It was an adventure from the beginning and John has been flying ever since.
In 1996, John became the owner of one of the most unusual special shape Hot Air Balloons on the planet. After talking with the Shep Wooley, the recording artist that wrote and sang the 1958 hit song, "The Flying Purple People Eater" John knew he a GREAT name for his unique, eye-catching balloon.
In 2012 John acquired Spunky the skunk special shaped hot air balloon. John had some added inspiration when coming up with this look alike balloon's name. John was visiting his grandkids one Christmas and asked them to help him name spunk.
Then in 2015 Yellow Bird and Puddy Cat became part of John's Air Force of Special Shapes Hot Air balloon Team. John now hires pilots to help him fly all four balloons and he also hired his grammar school friend Tweetie Whitfield to help him drive across country.
The Cartoon Hot Air Balloons travel the United States and Canada, attending Hot Air Balloon Festivals and Special Events during the year.
If you have a Festival or special event and would like us to attend,